Striving to be the best, Tiara Jacquelina, the founder of Enfiniti Academy, aims to break traditions and create platforms for the new generation of Malaysian talents. Through Enfiniti Academy, her mission is to nurture new talents for the Malaysian local arts and entertainment industry. And to provide holistic learning to contribute to the development of our future leaders with communication and critical thinking skills. Let’s see how she plans to raise the bar.

How did you get the idea to set up Enfiniti Academy?

The academy was pretty much born out of necessity, ha ha! As you may know, since 2006, the folks at the production department of Enfiniti have been busy, trying to bring the Malaysian performing arts scene alive, through the originally created shows that we produce every year at the National Theatre, Istana Budaya.

When we first attempted to stage Puteri Gunung Ledang 10 years ago, there were very few performers available who could be counted as “triple threats”, whom we needed to bring our shows to life. We would spend several months just training fresh performers, prior to starting rehearsals for every new production. After several years, we decided that we needed to set up a training facility to continuously produce talents for the growing local musical theatre industry. And…voila! Enfiniti Academy was founded in April 2011.

What is your main objective and focus for Enfiniti Academy?

Ah…. My dream is for Enfiniti Academy to be the “incubator” for the next generation of creative, innovative, confident, inspiring, passionate future performers, creators, thinkers and future leaders of Malaysia.

How is Enfiniti Academy different from any other performing arts academy?

For a start, we start our students young – from the age of 3, and our most “senior” student is 63! The Enfiniti Academy family has grown to 1,000 people along the years, and we’re a family in more than one way – we have several siblings, as well as parents who have signed up together with their children for different classes, which is so wonderful and heartwarming to see – families are bonding through the Arts!

Enfiniti Academy is the only performing arts training centre that is affiliated to a professional production company, that provides experience and work opportunities in our award-winning shows. Our students have gone on to perform in shows at the national theatre, Istana Budaya, have starred in Broadway productions, in national scale productions, and some have actually made a full-time career of performing professionally, in shows like The Story Of Kuala Lumpur – “MUD” The Musical, which is performed twice daily for 3 years now!

As the founder of Enfiniti Academy, what do you think of the students’ progress?

It's really wonderful to know that we have touched over 1,000 lives through the magic of performing arts. It gives me so much joy to see the growth of all our students, whether it is the children in our performing arts classes who have gone on to perform in a Broadway Show (Shrek The Musical) to our children and youth performers who have performed in Citrawarna 2015 the largest scale national event ever staged at Dataran Merdeka and watched by a 10,000-strong audience, to the students from 25 hot spots schools predicted by the Ministry of Education to fail SPM in 2016 because of their English who made us proud by not just doing well in English but by scoring As and A+ in English!

We are also very proud of our students of all ages who have put on stellar performances in our productions of Seussical and Aladdin over the last 4 years, productions that have been nominated in and won awards at the Kakiseni BOH Cameronian Arts Awards 2014, 2015 and 2016.

Our students have also gone on to perform in the longest running show in Malaysia, The Story of Kuala Lumpur-MUD The Musical where they are part of a pioneer group of actors to be earning a salary for performing full time. This goes to show that there are finally performing artists who can earn a lucrative career in Malaysia!

We are also very grateful to our partner, MUST University for the joint-certification programme that they have awarded our students and co-curricular performing arts programme with their students for the last 3 years.

What is the importance of performing arts for kids and adults?

Aside from learning fun and impressive new skills, our students learn to communicate effectively and confidently, and they develop leadership and critical thinking skills – an Enfiniti Academy trained student no matter what age, will immediately stand out amongst peers. These are precious life-long skills they can never learn at school or uni, and can impact them for life.

It wasn’t easy at first, convincing parents to send their children to us for classes after school and on weekends, and for nonprofessionals to consider joining drama, singing and dance classes as an after-office or after-school activity. Thankfully, word of mouth quickly spread, especially when our young students showed improvement in their confidence, creativity and self-expression and even scored better grades at school! As for the adults, many of them discovered how performing arts have fulfilled a gap in their lives, giving them new-found confidence at work and even socially. And some professional lawyers, accountants and even scientists, have actually been able to pursue successful additional careers on stage, TV and film!

Moving forward, we are really excited to be discussing a partnership with Australia's University of Tasmania which will be one of Australia's most prolific performing arts programmes and look forward to providing a foundation year pathway for all our students who are interested to pursue a degree in performing arts at this prestigious university beginning this year. Drama-based corporate training programme called Play! Our trainers have also been really busy bringing drama-based training to the corporate workforce having trained companies like Coca-cola, Maybank, MDEC to name a few. We are so proud to be the only company providing this proprietary training module that provides a creative solution to any HR-related challenge.

Tiara Jacquelina is an award-winning producer, director, film actor, stage performer and a passionate advocate of the performing arts. She is the President and Group CEO of Enfiniti, the award-winning group of companies, known for breaking new ground and creating a phenomenon in the local film and arts industry.

Tiara is commonly described as an “Arts Icon”, “passionate”, “an inspiration to other women”, “a go-getter”, someone who “raises the bar”, and “a perfectionist”. She is also best known for her ability to bring together the best creative talents, to always push boundaries with every new project.

In 2011, Tiara founded The Enfiniti Academy, which she hopes will be an incubator, not only for the next generation of world class performers, but also to develop the future innovative leaders and creative thinkers of Malaysia. 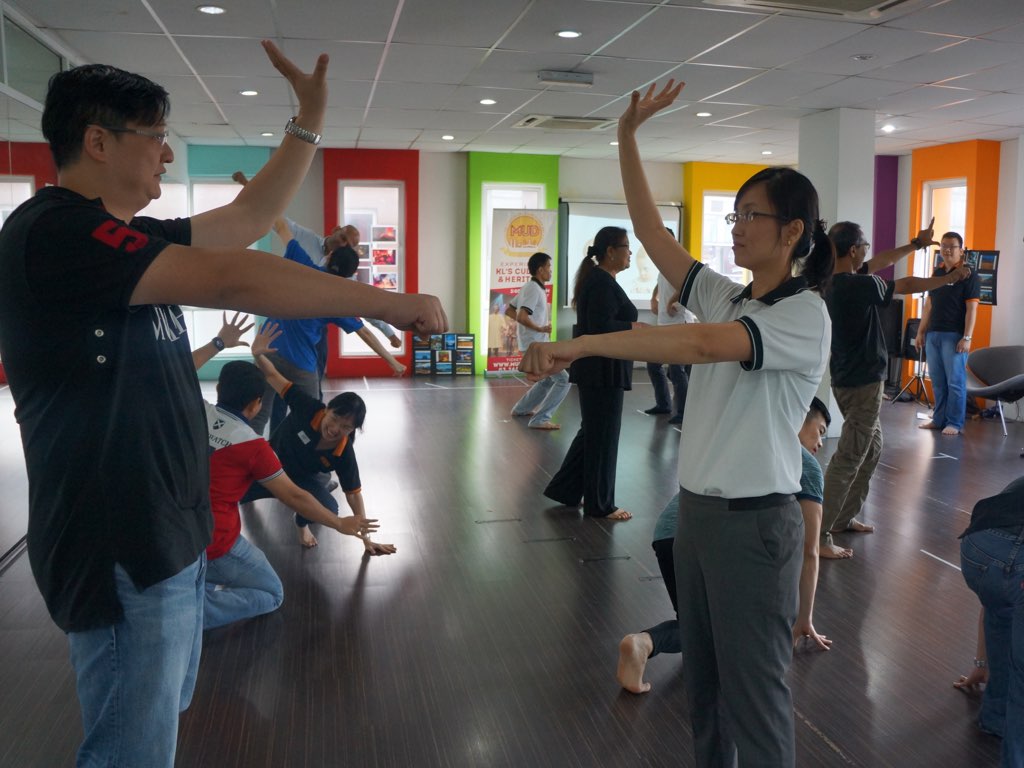 Corporate Training Has Never Been This Fun

There I was, nodding off halfway through the session, although the training topic was interesting, the training itself was not keeping me engaged. Joining the rest of... 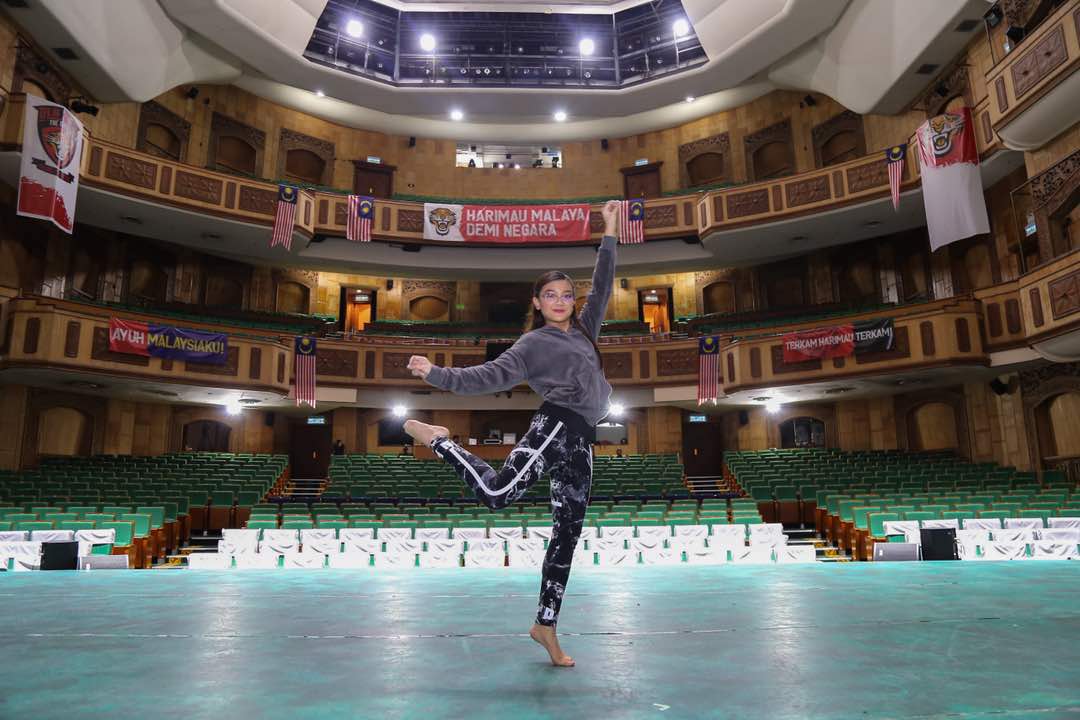 Adellia Puteri is a passionate dancer and has been actively involved in dancing from a young age. She is interested in film and stage performance particularly musical...