Jasmine Suraya Chin is a Sarawakian actress based in Kuala Lumpur, Malaysia. She studied abroad in Johannesburg and Melbourne for her undergraduate degree in Political Science and Economics.

In 2012, she decided to participate in 8TV’s “The Job” – a reality TV show similar to its US counterpart, “The Apprentice”. This was where her life experienced a serendipitous change, and she’s never looked back since.

Since young, Jasmine’s always wanted to be a star. She began her journey in the performing arts from the age of 5. Her parents fervently supported her ambitions and helped her cultivate it by encouraging her to perform wherever she could. She started with local school plays and musicals, before eventually starring in the multiple TV shows and movies we’ve seen her in today.

One of her most notable roles was in PASKAL – the 2018 Malaysian military action movie – where she played the character named ‘Lily’.

Jasmine's a beloved Enfiniti Academy Alumni; so enjoy a video snippet of her full interview below.

Hi everybody! I’m Jasmine Suraya Chin and I am an actress.

Yes! I just completed a 26-episode drama, which took 4 months to shoot – because of the MCO.

It was funny, because when I first came to KL – I’m from Kuching, Sarawak – I realised that I didn’t know anything about getting into the industry. So I thought, “Okay”, in order to get there, I should learn something first. So I entered Aswara and Enfiniti Academy.

I Googled it and I was very excited because it was under Puan Sri Tiara Jacquelina. She’s a very well-known person, so I thought “Okay, this is a trusted one.” I enrolled in classes at the Academy and I was there for two years. It gave me a lot of fond memories.

So, why is acting a passion of mine? Well, I grew up watching a lot of films with my late dad. I’ve always wanted to be a star. And my parents really supported this vision of mine. In fact, when my dad passed away, his friend told me at his funeral that my dad had told them “My daughter wants to be an actress.”

So, acting is a [sort of] childhood dream of mine, per se.

To be honest, I don’t know. It’s something that I’ve wanted to do since I was young, I never wanted to do anything else.

It’s always been the end goal, and it’s so funny because sometimes it’s like a love and hate relationship to me. Sometimes I feel like I‘m not good enough, or I try so hard but still, I couldn't get to a place where I imagined – in terms of character, or career goals, stuff like that.

You know what, it’s so funny, because all of the other projects that I've done, I wasn’t involved in every day. But in my last project, I was involved every single day. Now that I’m having this break, I'm having these withdrawal symptoms. It made me realise “Oh my god, I really wanna act.” It’s like being in a different world.

It’s important to me because it allows me to imagine living in a different world. It’s like an escape, similar to reading books. It’s where people go to relax. Imagine if you didn’t have movies or tv shows to watch: no music, no art, no nothing, no museums to visit. How dull would life be! So it’s very important.

What is your fondest memory of Enfiniti Academy? Do you have any anecdotes or moments that you shared with Joanna, Tiara or your other teachers, perhaps?

I remember there was this very vivid memory that I had. We were all exercising, doing our warmups, and then we started doing warmups at 8.30 pm. That’s when our class started and it was a Monday.

We were always doing warm-ups till like 9.15 or 9.20 pm. I remember during one particular warm-up time that Joanna hadn’t entered the class yet. I was wondering where she was, and I was asking people: “Why do we do warm-ups? Why is it important?”

And then Joanna came in and she was like, “Warm-ups are very, very important. Did you know that?”

And only after being in the industry for 5/6/7 years, did I realise that warm-ups are very important.

That was one of my fondest memories of Joanna when she entered and she was probably thinking: “Are you talking behind my back?”

But anyway, another fond memory I had was in a play about a chicken. I can’t really remember but my co-partner was dressed like a chicken. We had to perform in front of everyone and that was quite fun.

I remember another time when I was acting like a psychotic woman during a piece from Anton Chekhov, it was from one of the plays. That was very memorable because I cried during the play and it was just practice.

I also loved the Mamak sessions after class!

With the progress of technology, I understand that many people have this idea. Whenever we talk about the performing arts, we talk about being on-screen and being famous.

I think the whole idea of fame now has gone across social media and other things. I do know a lot of people who are famous on social media and they went into various fields like acting, per se. And I think to them, they don’t think that performing arts education is important. Because they may think, “Hey, I'm on-screen already. Why do I really need to educate myself?”

Wrong. Because I think that having that educational foundation is so important. Knowing how to dissect scripts, how to do warmups, vocal techniques, movements and everything, it all comes together. You will realise that 10-20 years down the road, all this training that you do on a daily basis becomes a habit. And this habit basically helps your body to become a better actor.

Performing arts education is very important because, first of all, you’re exposed to all sorts of practice, books, plays. And you get to expand and explore your mind. For me, I feel that practice makes perfect. The more I do, the more preparation and everything, the deeper I go into my character. It’s like being a musician as well. The more you practice your instrument, the better you get. It makes you a more versatile actor, going into the industry.

Hence, I would suggest and advise that education is a form of investment that a lot of people should look into. Especially when you go into the arts field.

I learnt a lot and had so much fun working with Joanna and Tria.

Tiara, thank you so much for founding this academy. It helps a lot of people who want to venture into the arts!

At Enfiniti Academy, we wanted to say that we are extremely proud of Jasmine and all that she’s achieved in her career.

Plus: Sign Up for our upcoming Performing Arts Certificate Course – our next semester starts on 9th October 2021! Register by 29th September. 🤗 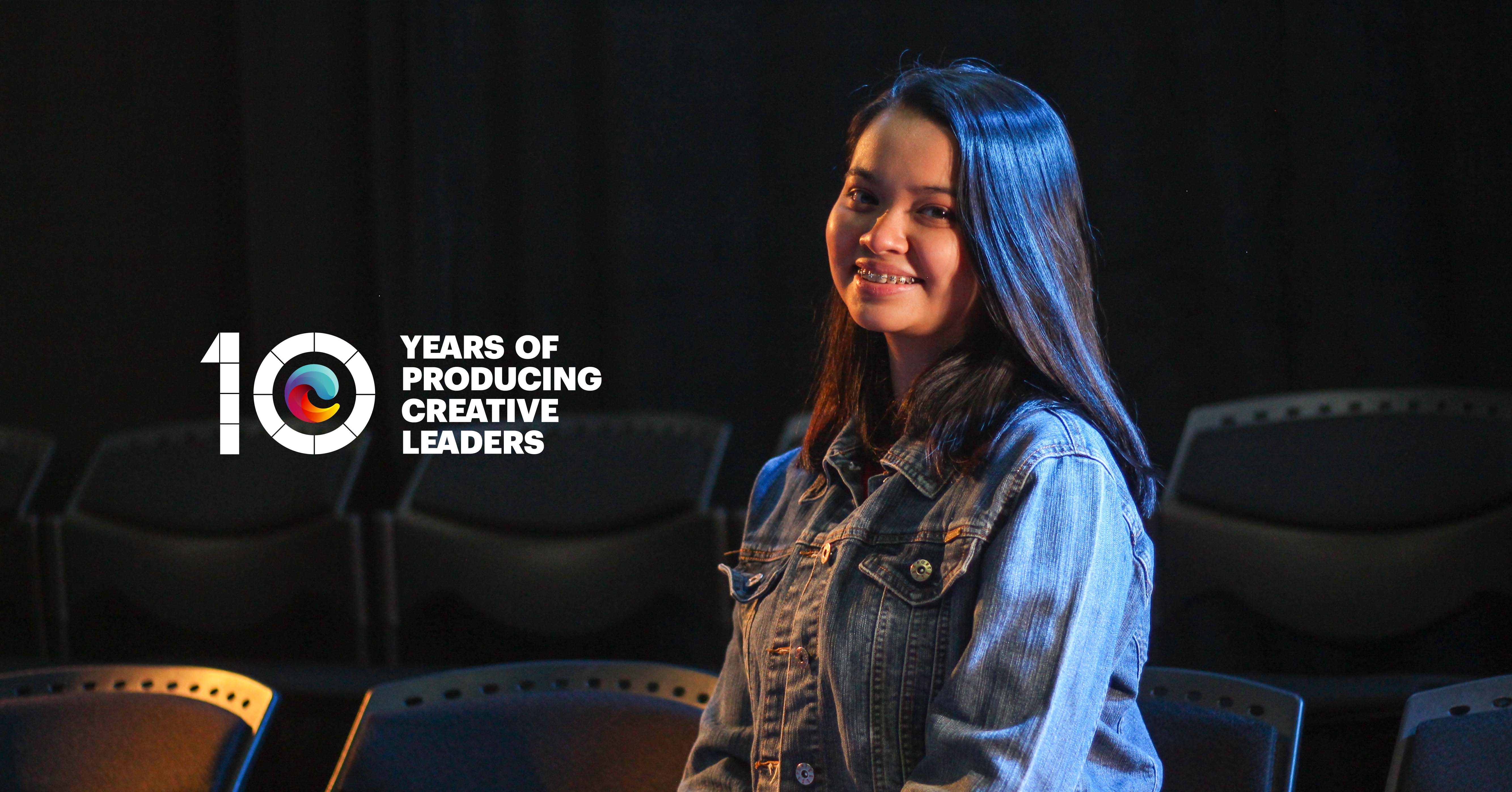