Brian Chan is a 26-year old Malaysian actor based in Kuala Lumpur, Malaysia. He is most known for his role as the lead character ‘Tauke’ in the screen-to-stage production OlaBola The Musical at Istana Budaya. This role made him the youngest lead actor to perform for national theatre, at only 23 years of age at the time.

In 2019, Brian won the ‘Best Performer In A Leading Role’ award in the musical theatre category for his role as Chow Kok Keong in OlaBola The Musical. This award was given at the 16th Boh Cameronian Arts Awards (BCAA).

Since he was 16 years old, Brian knew he wanted to become an actor. His love for the performing arts grew even more knowing his family fully supported his dreams. He vowed that he would continue telling stories for the rest of his life, while promising his parents that he would never give up.

We’re proud that Brian is part of our Enfiniti Academy Alumni, as he has accomplished so much. Enjoy a video snippet of the full interview below.


Tell us about yourself.

Hi, I’m Brian Chan! I am an actor here in Malaysia, mostly in musical theatre. And I’ve been venturing into TV & Film.

Yes! Actually right now (Interview was done in March 2021), I‘ve just been casted in a TV series called Duit (Now known as SCAMMER, watch the trailer below). Not Nike’s ‘Do It’, but ‘Duit’ in Malay. The malay word can be translated to ‘Money’, in English. I play the character Leon!

It’s a drama series by Astro and the production company is called Radius One. And I got to finally achieve my childhood dream of playing a gangster.

I first heard about Enfiniti Academy when I was a fresh graduate from Sunway University for the Performing Arts. I’ve always been in love with the arts since I was in high school.

Enfiniti Academy was doing this show called Aladdin: Reloaded! and I heard there were open auditions and I jumped on the call right away, because I’ve always wanted to work with all the big companies the moment that I graduated. Enfiniti was definitely on the top of my list. To find out that there was an opening, I just went straight for it. And here I am!

I was more of a sportsman, I played all kinds of sports and then it came to a point when I was 16 and I didn’t know what to do with my life later on. And even though I love sports, I couldn’t really see myself pursuing it. And I think a friend of mine suggested that I try out musical theatre, which was the performing arts. It was the main thing at Cempaka. So I said why not? And now, I'm here!

What are the challenges and highlights of your career so far?

I’ll start with a very personal story. It was tough growing up, being Chinese and the stereotypes that come along with that. Having asian parents: ‘Will you grow up to be a doctor or an engineer?’ And my parents never exactly instilled that kind of pressure, but you still felt it, as a third-party type of feeling.

Like I mentioned, I didn’t know what I wanted to do at 16 but then I found the performing arts. And I found out that it was something I loved doing. It was very magical to me. I finally found the guts to go up and tell them.

I was very lucky to have supportive parents. They just said “You know what, if you really wanna go and do it, then be the best at it. Don’t give up on that dream.”

They supported me wholeheartedly. The challenge was living up to that promise.

So every single day, what I try to do is that I work towards my goal of telling stories for the rest of my life. At the same time, keeping to the promise of never giving up – to my parents. That was the challenge part.

The biggest highlight for me would be winning an award for my role as ‘Tauke’ in OlaBola The Musical. It was a hit show, directed by Tiara Jacquelina. God bless her soul! She’s an amazing person and the Chief Dream-Maker here, and I’m eternally grateful for all of the opportunities that she has presented me with. Because of that role and that award, I know that anything that comes my way, I’m able to take it on without fear.

That was the toughest thing I had to go through in my life, and because I was able to get through it, I was able to come out better from it. The motto for me is that I can do anything right now and with that opportunity given to me, I've been given a lot of opportunities for film and TV. Especially right now, I’m filming a very big show and I'm very grateful.

Okay, I'm going to narrow it down to a particular moment with the Academy. Specifically to Jo, while doing Aladdin: Reloaded. I played this character called ‘Wishy-Washy’ and it was a pantomime.

I struggled with that at first, because I didn’t understand the concept of interacting with the audience because of the whole ‘fourth-wall theatre’ thing. During rehearsals, I remember that Joanna Bessey asked me what I was doing. I said I was doing my best and she told me to “Just have fun!”

And because she mentioned the phrase “Just have fun”, that has been a very fundamental thing for me. It’s stuck with me all the way. Any time you get on stage, the most important thing to do is to have fun.

Has the performing arts helped you with your emotional or physical wellbeing?

Hell yeah! Physically, I got super-fit for Season 2 of OlaBola and looked so good that guys and girls kept coming left and right. I felt very physically fit, I was able to move around and do anything I wanted. I could run miles and not get tired. Physically, I felt like I was in tip-top shape.

Emotionally and mentally, it has brought out a side of me where there is that version of me where I fear nothing. Essentially when we get on stage, the whole concept of it is opening ourselves up to everyone. In human nature, historically, I like to think that when you're singled out in the wild, when the prey is singled out, we kind of just shrink and want to hide. But the difference that the performing arts has given me is the confidence to stand on my own two feet, against any adversity that comes my way.

Performing Arts is important in the education system, a lot of people think it’s not because everyone thinks it’s just singing songs, dancing to 5, 6, 7, 8 and saying the lines. But what people don’t understand about the whole fundamentals of performing arts, is that it’s actually building the confidence from the foundation of it.

When we are able to step up on stage in front of a bunch of people (which may seem small), it’s a very big thing. For people who have never done that before, it allows them to step out of their comfort zone and into the growing zone.

When we take that opportunity to take that step out, we grow. And performing arts constantly allows that to happen. We always grow, because every single day, every line you say when you perform, is different. You always discover something new, and that to me, is the magic of performing arts. That nothing else can ever capture.

For me, start igniting this magic at the basic foundations of education. Everyone would really get to experience that magic.

Thank you so much Enfiniti Academy for all that you do, all that you’ve done for me and what you guys will continue doing for the performing arts here in Malaysia. I wish you guys a Happy 10th anniversary!

At Enfiniti Academy, we are SUPER proud of Brian and all that he’s achieved in his career, thus far. 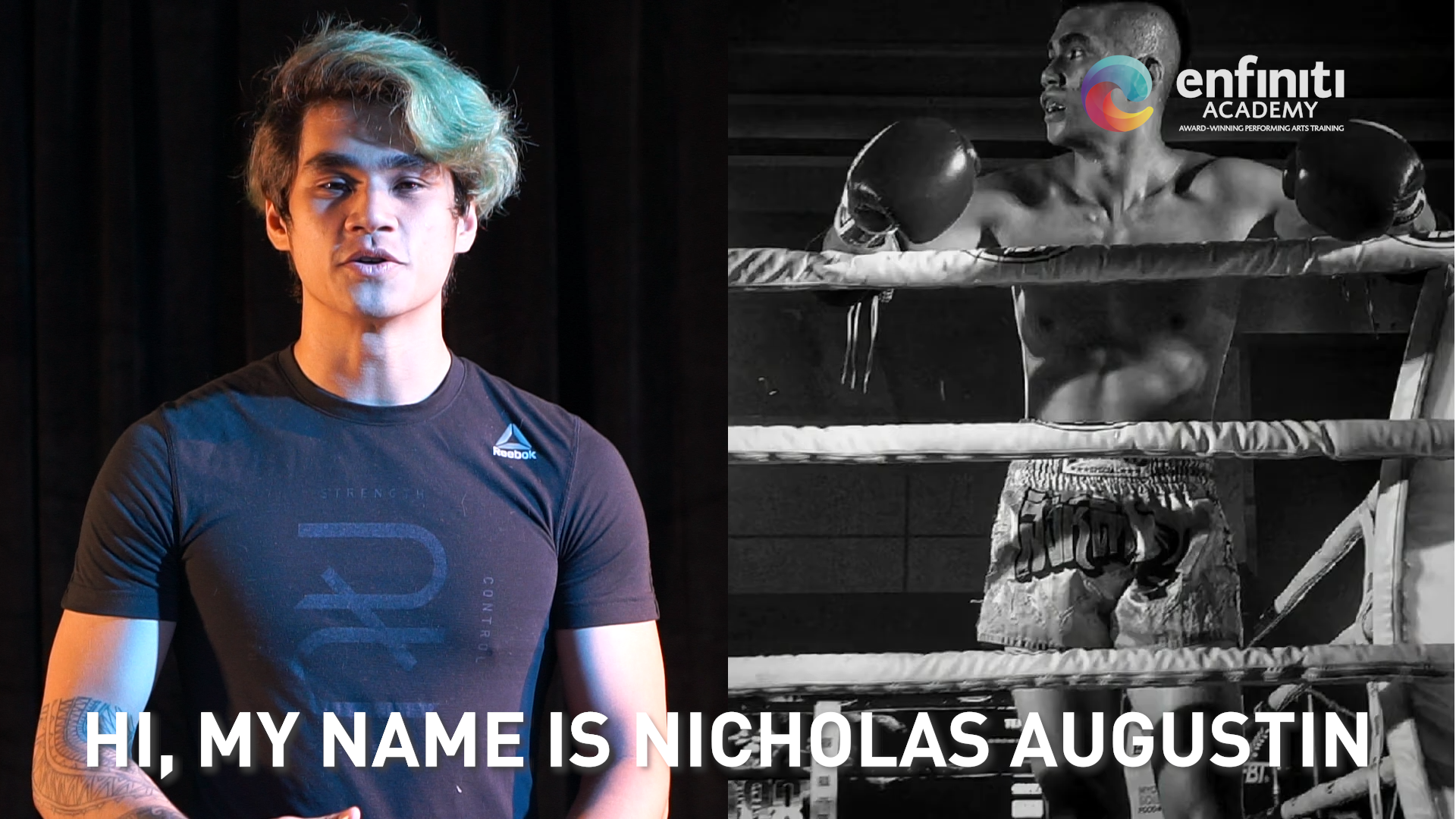