Badrish Bahadur is a 20-year-old singer-songwriter, actor and composer based in Kuala Lumpur, Malaysia.

He is most known for co-composing the music for Sepet The Musical and earning a BOH Cameronian Arts Award nomination for ‘Best Original Score’, along with Shafeeq Shajahan. Impressively, Badrish was the youngest nominee in his category.

Sepet The Musical (a musical theatre adaptation of the iconic Yasmin Ahmad film) was presented by Liver & Lung productions.

Badrish has also been a part of Seussical The Musical – a musical theatre show produced by Enfiniti Academy – where he played one of the leading roles: Jojo.

We’re proud that Badrish is part of our Enfiniti Academy Alumni, as he’s truly accomplished so much at his age. Enjoy a video snippet of the full interview below.

Hi, my name is Badrish! I’m a singer, actor and composer. And some of my recent works include Badrish & The Beatles, Sepet The Musical and A Little Life.

So basically, I recently did a festival called Kloud Fest and I performed a show called Badrish & The Beatles, and that was done online. It was the first ever virtual arts festival that was ever done in Malaysia, and we curated art influences and artists from all different platforms and walks of life and we created this festival.

(Kloud Fest was a Digital Arts Festival that celebrated creativity and brought out the best in Film, Music and Comedy!)

But, Badrish & The Beatles was specifically my project that I wrote, composed and directed for.

How did you first hear about Enfiniti Academy and what made you realise that performing arts is your passion?

So when I was 12, about 8 years ago, I was called by one of the musical directors that worked here [at Enfiniti Academy] to come and audition for Seussical The Musical. so I came, it was my first time here. I had never had any experiences and I auditioned, then I got the part! I got Jojo!

It was one of the best experiences I’ve had in musical theatre, if I'm being honest. Only because I met great people. I worked with really experienced people like Stephen Rahman Hughes, Tiara Jacquelina, Joanna Bessey and it was just a great experience!

To me, I use it as an emotional outlet, especially when I’m writing. When I’m writing, it allows me to let go of any feelings or thoughts that I have.

The performing arts allow us to be ourselves and you can go on-stage and create a whole world that you become engulfed in. And you only experience it for an hour or two when you’re performing. It’s a feeling that you can't get anywhere else. It’s so important to have that outlet and be who you want to be for a while.

What were some of the challenges you had to overcome to pursue your passion?

Being a kid in the industry when I started, it was a lot more on the social side of things where I would have to sacrifice my time with friends; where my friends would go on the playground or go play football and I would have to go to rehearsals. But I didn't mind that, it’s just the fact that it was hard as a teenager to not have a lot of that.

But right now, my biggest challenge would be the people who push you down in the industry. There’s so many in the industry that would try to push you away or tell you that “you’re not good enough” if you don’t dance to their tune. And it’s frustrating, but I guess you gotta learn to have thick skin and I’m lucky. I’m very very lucky that I have people in my life, in this industry, to lift and support me and help me be the best version of myself. It’s really important and it’s allowed me to persevere. Just to keep grinding and keep working.

Speaking of grinding, what are some of the highlights of your career so far?

One of the highlights is my debut as a composer writing for Sepet The Musical (The album is out on Spotify!).

It was the first time that I had composed for an entire musical and I thought it was a really, really cool experience. It was something that I learnt a lot from when I worked with Liver & Lung Productions. I also got a Cammie nomination for ‘Best Score’ and was one of the youngest nominees in that category.

The main thing that I got from learning with the Academy was my confidence on-stage and being a performer. I’ve done it before but I had never had the confidence before to take on a starring role in a musical and just go through it and just try something new. I think that Enfiniti’s helped me with being less scared and just go ahead and go for whatever I want to do and do it.

From your time with Enfiniti Academy, what are some of the highlights?

I think it’s the family and the bond that I created with the people here. It’s amazing how many people I can say hi to and greet when I walk into this place. I’ve met so many incredible talents and I've learned from them, and that is what I take and cherish the most from my experience with the Academy.

I definitely have moments with Joanna, Aunty Tiara and Steve! They really pushed me as an actor and I was in that stage of my life where I was changing vocally and all that, but they still supported me and pushed me to be the best that I am. I think I learnt a lot from Steve, I look up to Steve a lot. And he really inspires me to go and perform on the West End, perform on Broadway. I wanna do what he does.

Speaking of shows, with Seussical The Musical, can you share a bit more about your experience as Jojo?

I was one of the youngest people in the cast and I was surrounded by very, very helpful, loving and caring people. I loved every second of rehearsals. I learnt the most in the rehearsal rooms actually. When I performed and got on-stage, I was climbing around. But in the rehearsal room, I had experiences which I've never had anywhere else. People in my age range, instead of working with all adults, I had Mila and all of these amazing actors who helped teach me new things. I learnt to harmonise for the first time!

We had Steve, Aunty Tiara, Joanna. And it’s just something that I keep with me until today. And if I go upstairs to the studio, I'll literally tear up. In the studio.

But for an anecdote? We’ve always had a tradition before and after rehearsals where we’d go to the Old Burger joint behind the Academy. So that would be our lunch and dinner all the time during rehearsals. So basically, we got fat during Seussical. We just ate, sang, danced and acted. It was an amazing experience and I kinda miss it if I’m being honest.

Performing is something that I don't take for granted. I’m super lucky that I've been given this art form to go out and do, basically. I thank my mom for that, for opening me to the world and everything. For introducing me to film and music. It helped me a lot as a kid who didn’t really understand the world in a sense. I had problems finding out who I was and what I wanted to do. And I wasn’t really sure about what I loved, until I got on to a stage, until I sang a song. After I performed, I realised that THIS is what I want to do. And it’s helped me, composition-wise, with my mental health.

Everything I've written, everything I write for shows or for myself, comes from a place that doesn’t normally want to show itself. Like one of the greatest things I’ve learnt from performing and writing and this art form is that sometimes you have to tell the story that you don’t want to know well. And it’s important to me that I should know my flaws, I should know what I don’t like about myself and do better. And performing arts has helped me with that.

There’s so many aspects of performing: Sound, Lighting, Design, Acting and so much more. There’s a lot that people can find and people can try. If you don’t give them that outlet, then they’ll never find their interest. Some people are lucky enough to go to a music lesson after school, but some people are not that fortunate to be doing that. So it’s important to put it into our curriculum, it’s important to push it to kids and tell them that this is something that they CAN do, instead of the normal Maths and Sciences. Even though those are good, too. But sometimes, people just need something different and not everyone is the same.

Thank you so much Enfiniti Academy and Happy 10th Anniversary!

At Enfiniti Academy, we are SUPER proud of Badrish and all of his career accomplishments thus far.

For those who wish to pursue a career in the performing arts or learn creative skills, visit our website www.enfinitiacademy.com/PAC now! 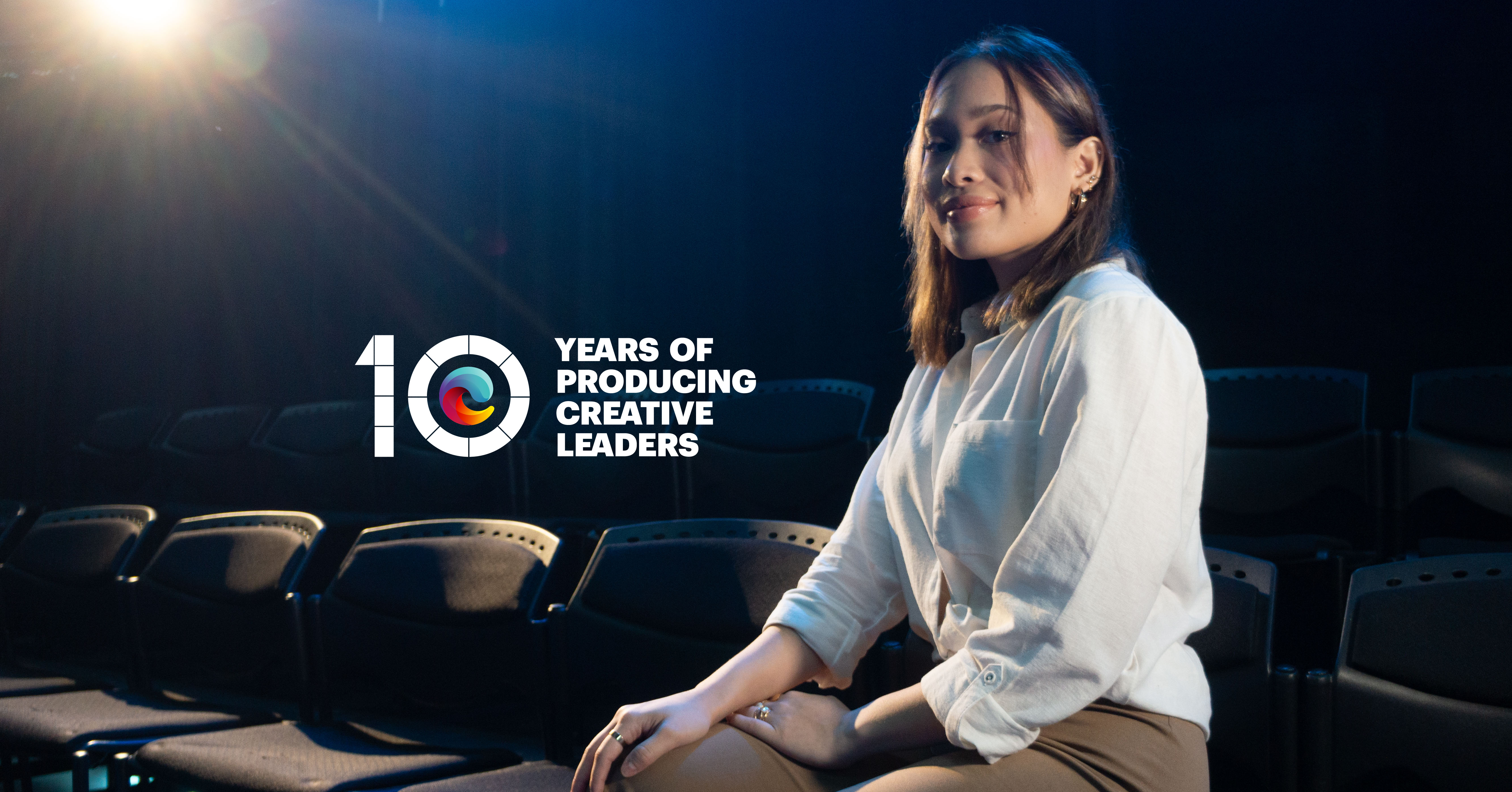 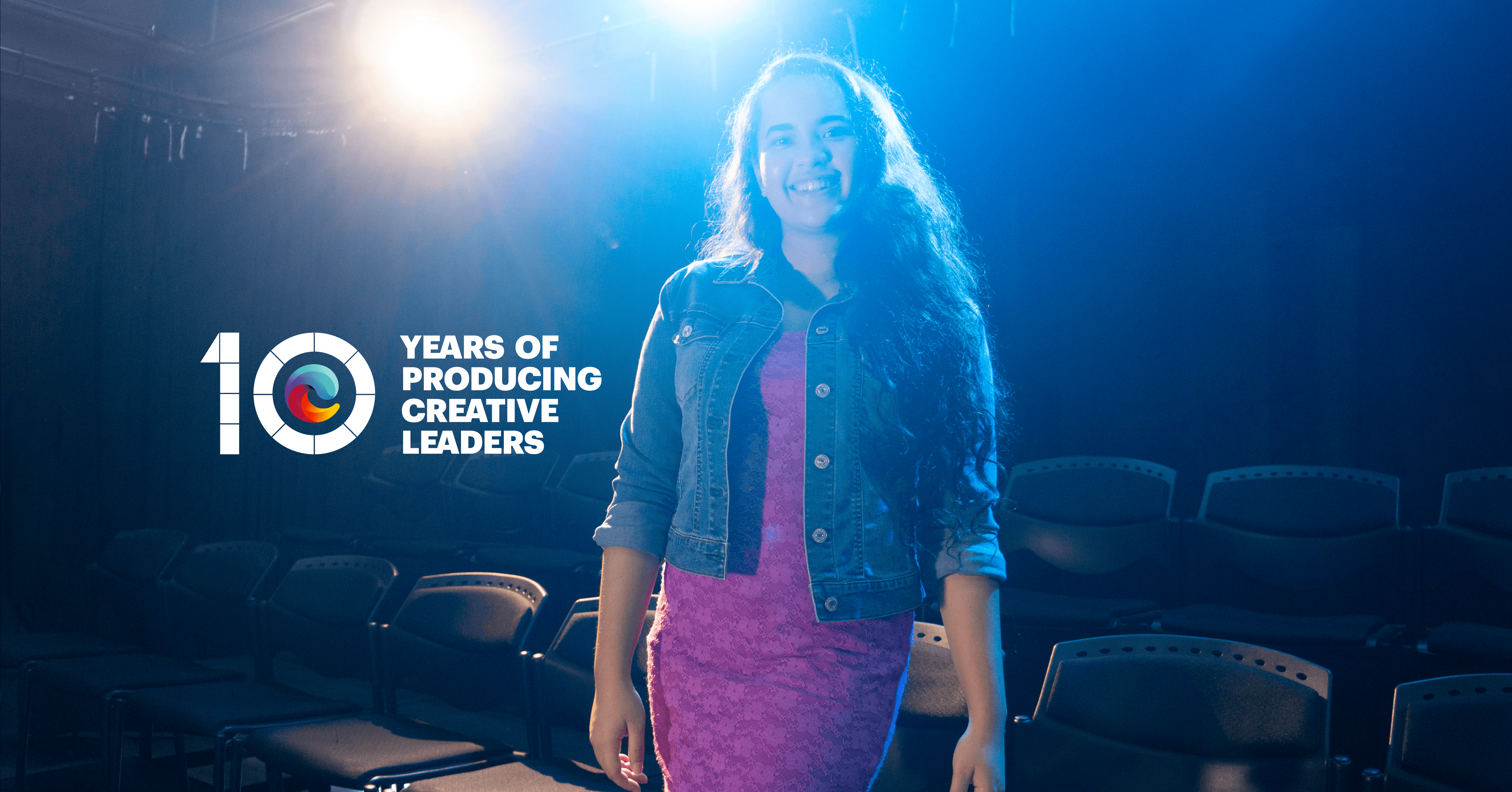 Badrika Baluch is a 23-year-old teacher, actor and TV Host based in Kuala Lumpur, Malaysia. She is most known for her role as a TV Host in Disney Channel Southeast...